Guelph, Ontario. Dec. 16, 2016. The Guelph-Wellington-Dufferin community has shown its generous spirit once again, raising an outstanding $3,604,202 toward the annual United Way fundraising campaign. The announcement came on Friday with pomp and circumstance at the campaign closing and volunteer appreciation event, where over 200 members of the community came together to celebrate their part in the organization’s record-breaking fundraising campaign.

“Once again our community has shown incredible kindness and generosity,” said Rick McCombie, United Way campaign chair and Executive Vice-President at The Co-operators. “Thanks to incredible corporate partners and donors, thousands of people will be impacted by the money that can now be invested in the community, and that is just a wonderful thing.”

“Every year is a roller coaster and this year was no different, but the way our generous community rallied to make this happen has been inspiring”, said Ken Dardano, executive director of United Way. “We owe a big thank you to all of our workplace campaigns and donors for stepping up when we really needed it, getting us to goal and allowing us to continue to invest in the community.”

At the closing event on Friday, Linamar Corporation and the University of Guelph took home the award for Campaign of the Year (Private & Public sector respectively).  Linamar Corporation took the Outstanding Overall Achievement award, raising $715,000 – the most ever by a campaign in our community.  Sleeman Breweries Ltd., The Co-operators, City of Guelph and McNeil Consumer Healthcare were also among those recognized with United Way awards.

United Way Guelph Wellington Dufferin is committed to providing excellent customer service to people with disabilities consistent with the principles of dignity, independence, integration and equal opportunity.
Accessibility Policy
View our Accessibility Customer Service Plan This plan outlines the practices and procedures United Way employees (part-time, full-time, contract and seasonal), volunteers and others who interact with the public on the organization’s behalf will take to achieve this commitment. It is consistent with the requirements outlined in the Customer Service Standard of the Accessibility for Ontarians with Disabilities Act (AODA).
Search Our Site
Latest Tweets
United Way Guelph Wellington Dufferin. 2015. All Rights Reserved. | Sitemap Guelph Website development by Intrigue Media. Registered Charitable no. 10745 7053 RR0001 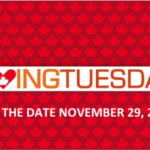 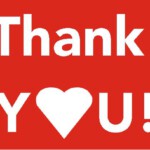