Guelph, Ontario. Dec. 20, 2017.  United Way Guelph Wellington Dufferin has exceeded its goal once again, raising an outstanding $3,502,202.  The announcement came on Wednesday at the campaign closing and volunteer appreciation event, where over 200 members of the community came together to celebrate their part in the organization’s fundraising campaign.

“Once again our community has shown incredible kindness and generosity,” said Rick McCombie, 2017 United Way campaign chair and Executive Vice-President at The Co-operators. “It has been wonderful to see the community rally behind us these past few weeks, and because of their support, thousands of people will be impacted by the money that will be invested into the community.”

“Every year is a roller coaster and this year was no different”, said Ken Dardano, executive director of United Way. “We owe a big thank you to all of our workplace campaigns, local businesses and donors for stepping up when we really needed it, getting us to goal and allowing us to continue to support some of our community’s most vulnerable.”

At the closing event on Thursday, Linamar Corporation and the University of Guelph took home the award for Campaign of the Year (Private & Public sector respectively).  Linamar Corporation also took the Outstanding Overall Achievement award, after raising more than $792,000 – the most ever by a campaign in our community.  Sleeman Breweries Ltd., The Co-operators, City of Guelph and OMAFRA were also among those recognized with United Way awards.

It was also announced that Jim Jarrell, President and Chief Operating Officer at Linamar Corporation, will take the helm once again as the Campaign Chair in 2018.

“We couldn’t be more excited about having Jim back as our Chair.  As Guelph’s largest employer, the United Way Campaign has grown exponentially at Linamar over the past number of years, and the support of their employees and head office has been incredible”, said Mr. Dardano.

The $3.5 million total announced today is based on received and pledged dollars, with some workplaces continuing campaigns through to the new year. More than 200 workplaces took part in the campaign, and more than 8,000 donors contribute to United Way annually.

We have a shared responsibility for social good. Together, we can support people experiencing #homelessness and #housinginsecurity to find homes, get connected to resources and thrive.
Consider donating to UW GWD today: https://unitedwayguelph.com/donate

A wonderful Spring Fling event for Women United of @unitedwaygwd. We are energized and engaged as a powerful collective of women to make change in this awesome community. Thank you all for being with us tonight. @ChalmersCentre @unitedwaygwd @beingindu18 @glennask @woosignimom

The Community Resilence Coalition videos remind us that our interactions with children matter (sometimes more than we realize in the moment). Build connections where you can. @GuelphCHC @unitedwaygwd @GuelphCF @cityofguelph @GW_OHT https://twitter.com/resiliencegw/status/1526210494431911936

Empower a child’s voice by allowing them to speak their thoughts and opinions and have those words heard, respected, and validated. This helps children figure out who they are, what they believe in, and embrace their identity.

Because of you, this mom was able to find a home for her and her girls. United Way GWD is committed to working together with community partners to ensure everyone has a home and the supports they need to thrive. #HousingFirst #UnitedWay #SharedGood 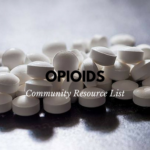 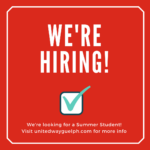