Guelph, Ontario. Dec. 13, 2019.  United Way Guelph Wellington Dufferin celebrated generosity and community spirit on Friday, where over 170 members of the community came together to honour the hard work put in by hundreds of volunteers as part of the organization’s annual fundraising campaign.

“Over the past four months, I have been humbled by the kindness and generosity of our community,” said Jeff DeRuyter, 2019 United Way Campaign Chair.  “As the Chief of Police, I was already aware of many of United Way’s funded programs and services, but seeing the hard work and dedication of the volunteers and community partners to raise the funds has been such a pleasure to be part of.  It really is a true community effort that goes into this Campaign every year.”

Funds raised during the campaign support a network of more than 50 agencies and 70 local social service programs across Guelph, Wellington county and Dufferin county, that help thousands of people when and where they need it most.  The Campaign is fiercely local; all money raised here, stays right here in our local community, with funded programs supporting an estimated 90,000 people every year.  In addition to United Way’s regular program funding, $160,000 was donated earlier in 2019 to help with initiatives as a result of the Mayor’s Task Force on Homelessness and Community Safety, including the Supported Recovery Room and Welcoming Streets program.

“The community has given us millions of reasons to celebrate this year,” said DeRuyter, before announcing the Campaign has raised over $3.3 million to date.  “There’s still time to make a donation and help United Way continue to make a difference.  No other organization in our community can do what the United Way does for social service programs and now, more than ever, your support is appreciated.”

At the event on Friday, Linamar Corporation, the University of Guelph, The Co-operators and the County of Wellington, took home the awards for Campaign of the Year.  Linamar was also awarded the Overall Achievement award, raising $750,000 company-wide.  Sleeman Breweries, OMAFRA, the Wellington Catholic District School Board and the Guelph Nighthawks were also among those recognized with United Way awards.

The total announced today is based on received and pledged dollars, with some workplaces continuing campaigns through to the new year and donations expected to continue. More than 200 workplaces took part in the campaign, and more than 7,500 donors contribute to United Way annually. 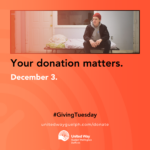 The Power of Giving