Frederick, 74, has a history of Multiple Sclerosis and other medical conditions that cause him difficulty with his mobility. He has a manual wheelchair that requires support from Personal Support Workers for transfers. Frederick and his support staff were struggling with transfers and safety with showering. He was seen by an Occupational Therapist who recommended a wheeled commode which would reduce the number of transfers he had to complete in half and would provide him with the necessary support during showering.  Unfortunately, due to his limited income, the cost of a wheeled commode was beyond his means. Without the commode, he would have to sponge bathe which would be detrimental to his independence, dignity and quality of life.

Thanks to the generosity of people who donate to United Way, Frederick was able to get his wheeled commode. This equipment is more than just a ‘device’. It is something that has drastically improved his quality of life by boosting his self-esteem and capacity for independence, improved his mental health and empowered him to make the most out of life. This is only because of the generous support from United Way. 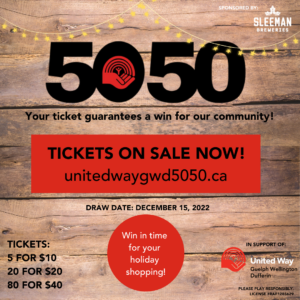