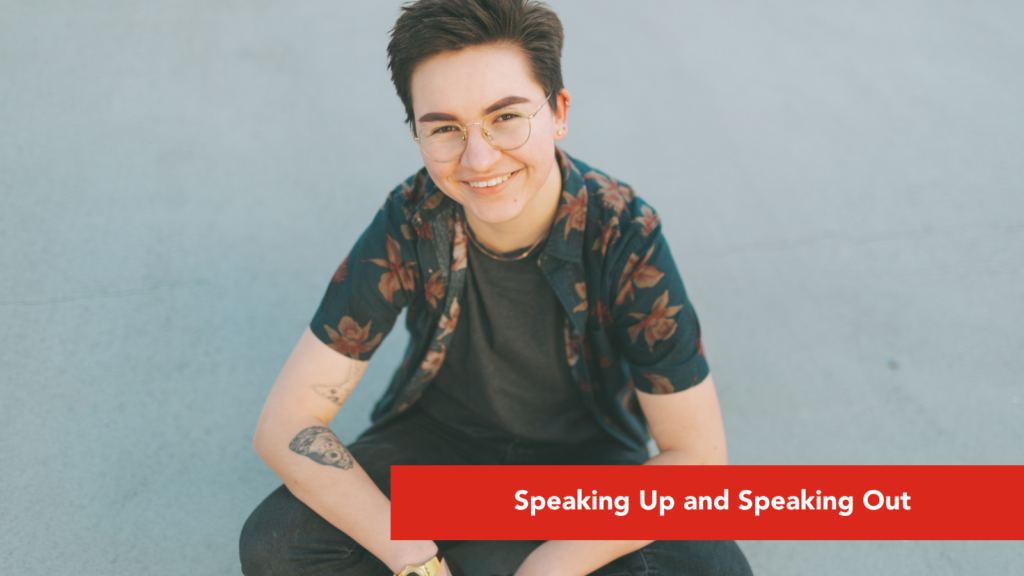 “One of our older youth has been attending the United Way supported program since he was 12 years old. He is now 18 years old and kindly supports other members of the group, often sharing with them how nervous he was his first couple of group sessions. This youth also became very involved in public speaking events, describing his experience being a transgender person and the struggles of 2SLGBTQ+ communities. He became very passionate about sharing his story and working towards positive change in the Dufferin community. His confidence and passion for public speaking grew throughout the year. He now actively seeks speaking engagements and most recently spoke to a large group of teachers at his high school. The result of his recent speaking engagement resulted in the addition of a new gender neutral bathroom at his school as well as the removal of gender divided gym class, which caused many of the 2SLGBTQ+ youth great distress. He has inspired others at his school to address heterosexist and cisnormative systems.”

–
There are many 2SLGBTQ+ children and youth face in our community who face rejection, neglect or abuse when their families learn of their sexual orientation, gender identity, and/or gender expression. These children and youth have higher rates of depression, anxiety, and risk for suicide than their heterosexual and cisgender peers. At United Way GWD, we are committed to fostering inclusive communities where every child and youth feels safe to be exactly who they are. We have created a dedicated funding stream for marginalized groups, including the 2SLGBTQ+ community, in order to ensure they can access the inclusive, representative and appropriate supports they need.